The 5G is rapidly being deployed around the world and brings its share of new features with even more speed, reduced latency times opening up new possibilities (autonomous car, industry 4.0 , fine long-distance piloting, etc.) and an infrastructure that is beginning to become aware of its environment by adapting its capacities in real time according to needs or emergencies.

These elements will be found in 6G, the next generation of mobile technology which will take its first steps by the end of the decade and will be deployed more widely over the years 2026.

She will push these notions further by allowing a fusion between the real world and the digital world to create digital duplicates of physical elements full of a whole set of data provided by multiple sensors and databases. information.

This fusion of the two worlds could endow the human “superpowers” and analytical capacities going beyond his vision of the physical world by accessing a set of additional information about his ambient environment.

L he OEM Nokia is one of the pioneers preparing for this revolution through its research centers Nokia Bell Labs and talks about this upcoming transformation .

Each aspect introduced with 5G will therefore be improved in 6G, with an intermediate evolution 5G-Advanced which will pave the way towards 2025 (as there was a 4G-Advanced before 5G).

The gr ande thematic of 6G concerns the creation of these digital doubles, or “ Digital Twin “, cities, infrastructures and factories. This trend is starting now with 5G but it will take on a new dimension with the next generation by making it possible to detect and react much more quickly to conditions and phenomena out of the ordinary, whether they are ” an incident or a need to redirect resources on a specific point.

The smartphone will not be forgotten with 6G but voice control and gestures should gradually replace the touch screen, while sensors will be placed in clothing or on the skin to ensure advanced health monitoring. 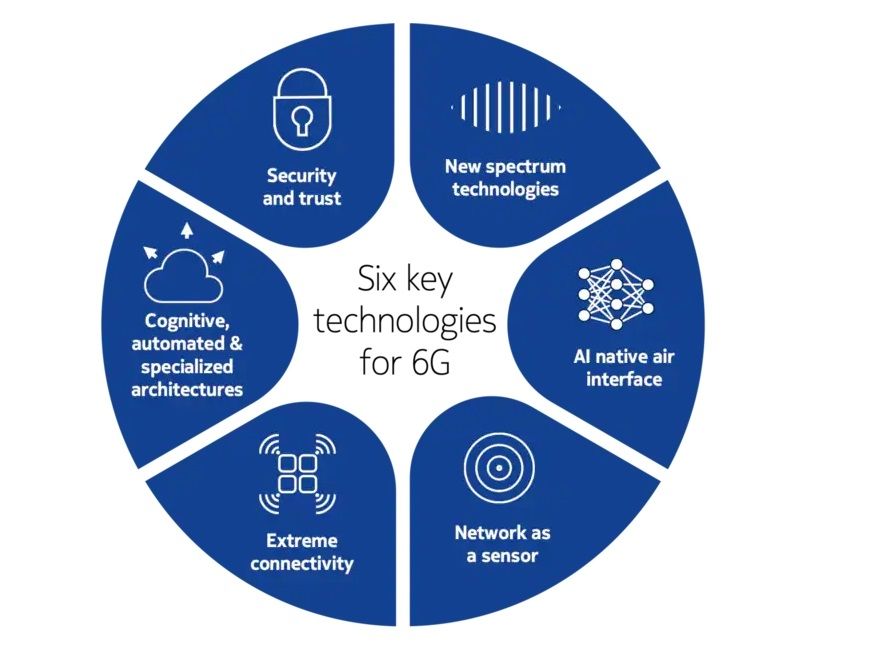 Six themes that will make 6G

For Nokia Bell Labs, 6G will be driven by six major trends:

It remains to identify / finalize the technologies and set up the intellectual property that will create this vision . Nokia estimates that the first 6G systems will be operational by 2030, on a typical cycle of 10 years between generations of cellular communications, with the first phase of standardization from here 2026, within the 3GPP Release 18 .

The 5G-Advanced will prepare the ground thanks to the 3GPP Release 18 , with commissioning from 100. As a reminder, Nokia is project manager for the Hexa-X program which should put Europe back at the heart of 6G developments.

Three crazy deals on a helmet, a broom vacuum cleaner and a mouse !!!

WhatsApp allows you to create your own stickers